Incorporated in 1987, Peppers Marquees Limited remains a family business. Its origins can be traced to 1913 when Thomas Walter Pepper moved to the market town of Snaith, East Yorkshire. With a horse and dray and some simple catering equipment, he provided facilities under canvas for local agricultural shows and village galas. Newspaper reports record that in 1914 Thomas served beer and refreshments in a tent at Bubwith Show. Later that year he rented land at Doncaster Racecourse for the St Leger meeting, paying £9 to erect a temporary booth. 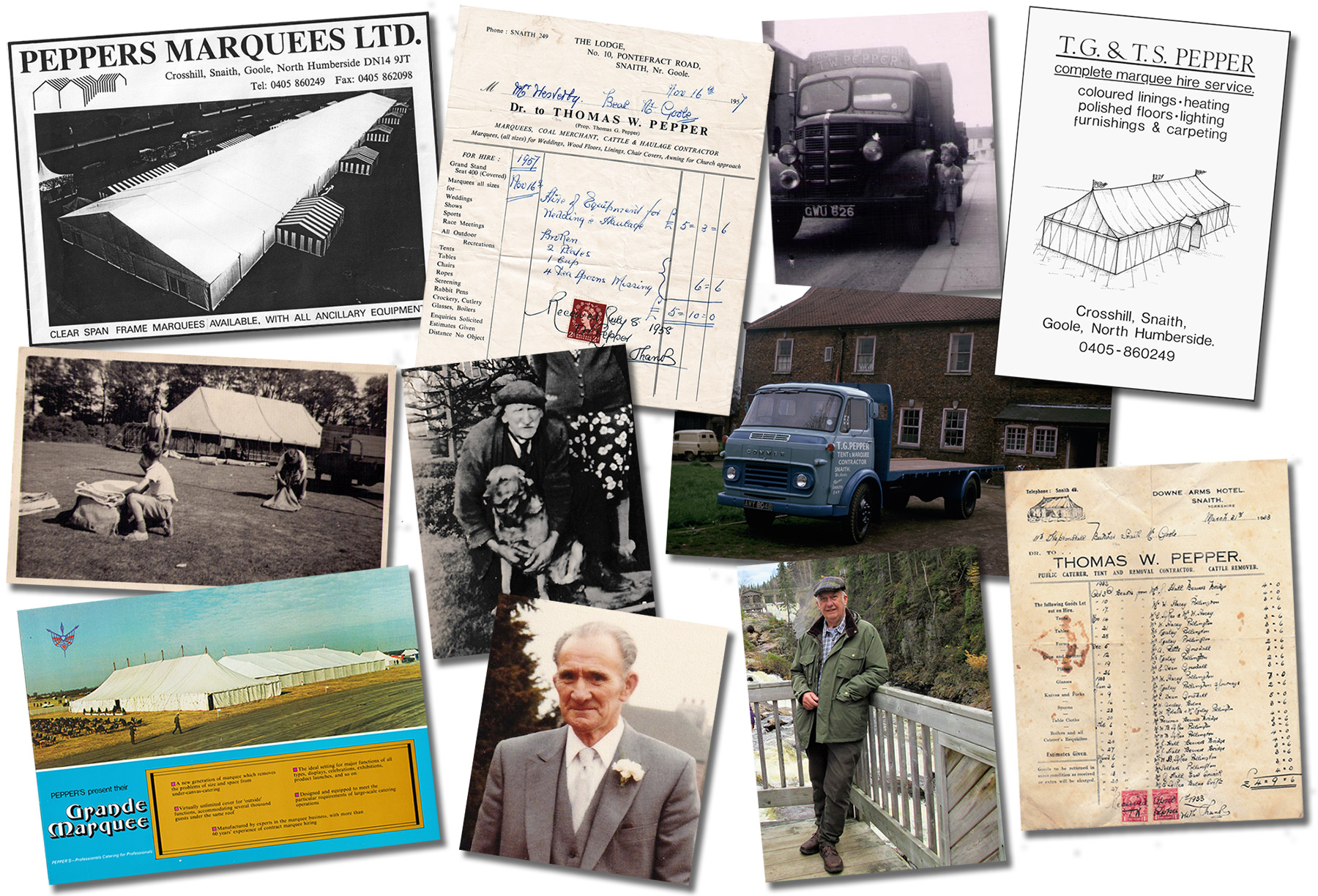 Thomas steadily grew the business, focusing his efforts on the tent and haulage business. In 1945 upon his return from active service in Burma, Thomas was joined by his son, Thomas George Pepper. Coronation year, 1953, saw the introduction of the first 40 feet wide marquee.

George developed and expanded the business and took full responsibility under the name T.G. Pepper Tent and Marquee Contractor. His foresight was such that in 1963 George bought a plot of land from a local farmer. He built specifically designed warehouses for storage, workshops for maintenance and a house to accommodate his family. The family marquee business was thus relocated, where it continues today.

George’s son, Thomas Stuart Pepper, began work with the family firm after leaving school and in 1969 formed a partnership with his father, trading as T.G. & T.S. Pepper Tent and Marquee Contractors. Together they built a highly respected company within the industry. Stuart brought a plethora of new ideas into the company, and was instrumental in the introduction of aluminium frame marquees into the United Kingdom. He focused particularly on developing bespoke constructions and designs, leading to projects throughout the UK, Europe and worldwide.

Today Stuart continues to lead the company as Managing Director. He is supported by a small management team with many years of experience in temporary structures and events. The company remains at the forefront of developmental work in new methods of tent and marquee construction. Importantly, it has never lost sight of the values and traditions acquired over more than a century as a family business.